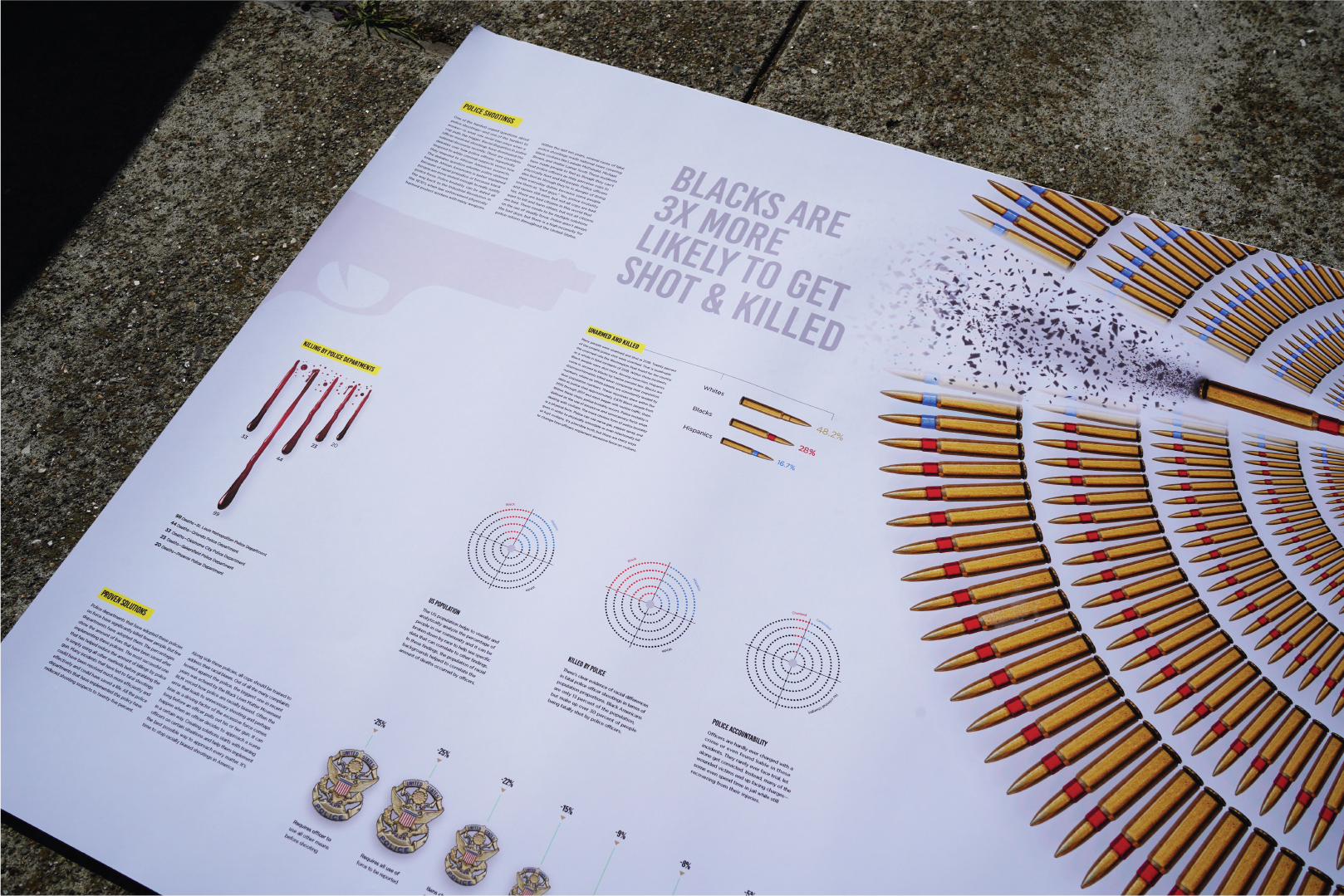 965 Bullets is an infographic that explores the debate of racial police shootings. In 2018, 965 people were fatally shot to death by police in the United States. This data became a focus of my research as I dug deeper into racial percentages. Bullets became my main signifier to visually communicate the total number of deaths.

When comparing the US population to fatal shootings by police, I became aware that Black people were disproportionally killed. Blacks in 2018 were only 13 percent of the population but made over 30 percent of people being killed, whereas, White people were proportional to their population percentage. This information became the emphasis of my infographic. I wanted to visually display this data in a literal way with a gun target, showing Blacks are racially targeted by police.

The data involves fatal shootings by police departments across the US. These were the highest findings of 2018 and I wanted to show how much blood was spilled through these number of incidents.

The percentages show the amount of lives that have been saved after implementing certain policies to stop police shooting. I displayed the data with a police badge because it’s a powerful symbol representing the purpose to protect and serve communities.

My first idea was conceptualizing the data to look like the barrel of a gun shooting. I soon scratched that idea due to lack of information with the data I was using. I then began incorporating an image of a bullet and implementing ways to express it as a pie chart.

In addition to the infographic poster, the campaign was extended to a motion graphic. My goal was to condense the vital information from the poster onto the motion graphic, while keeping similar elements and visuals.